Pascal Hector, the German ambassador to Denmark, has paid a visit to World Translation A/S in Tilst near Aarhus on his own initiative. The visit provided him with insight into how a Danish translation agency can achieve success on the German market in the face of tough competition. And how the company is fighting to raise the profile of German
language and culture in Denmark. For Denmark’s own good.

Denmark and Germany work well together on numerous fronts, and the German market is
crucial to Danish exports. Nevertheless, there seems to be a distinct lack of interest in German language and culture in Denmark. Which is a shame, because the ability to speak the language and comprehend the culture form the foundations for the significant trade and mutual
understanding between the two neighbouring countries:

“Even though World Translation is a relatively ‘little fish’, we have won tenders worth millions from German customers, because we speak our customers’ language and understand their corporate culture. This neatly underlines the importance of mastering foreign languages in a professional context,” relates Ib Brandt Jørgensen, founder and CEO of World Translation A/S.

Pascal Hector, who was appointed the German ambassador to Denmark in 2021, is looking at how Danish companies and organisations are making an effort to promote the German
language in Denmark. The Tilst-based company has been fighting to put foreign languages on the agenda for many years. World Translation is a perfect illustration of how important Germany is as an export market for Danish SMEs, as a survey carried out by the sector organisation SMVdanmark has demonstrated. The same survey also revealed that Denmark is losing ground in the competition for German market share.

CEO Ib Brandt Jørgensen can see clear evidence of this at his own company. It is easiest to
maintain good relations with German-speaking customers when the staff master the language and comprehend the culture. That is why the management places emphasis on ensuring that the staff speak and write German to a high level – and they should ideally have spent some time in the country as well. While there are still some candidates with these qualities, they are
becoming harder to find, explains Ib Brandt Jørgensen, who continues:

“It’s a real problem when the ability to speak another language – especially German – is viewed as an irrelevant skill. You simply cannot assume that, as a Danish company, you can muddle through with English if you want to build up strong relations with German enterprises. German is one of the languages in highest demand among our customers. So if fewer and fewer people are
comfortable in this language, it’s sure to have consequences for Danish trade and exports – you can take that to the bank.” 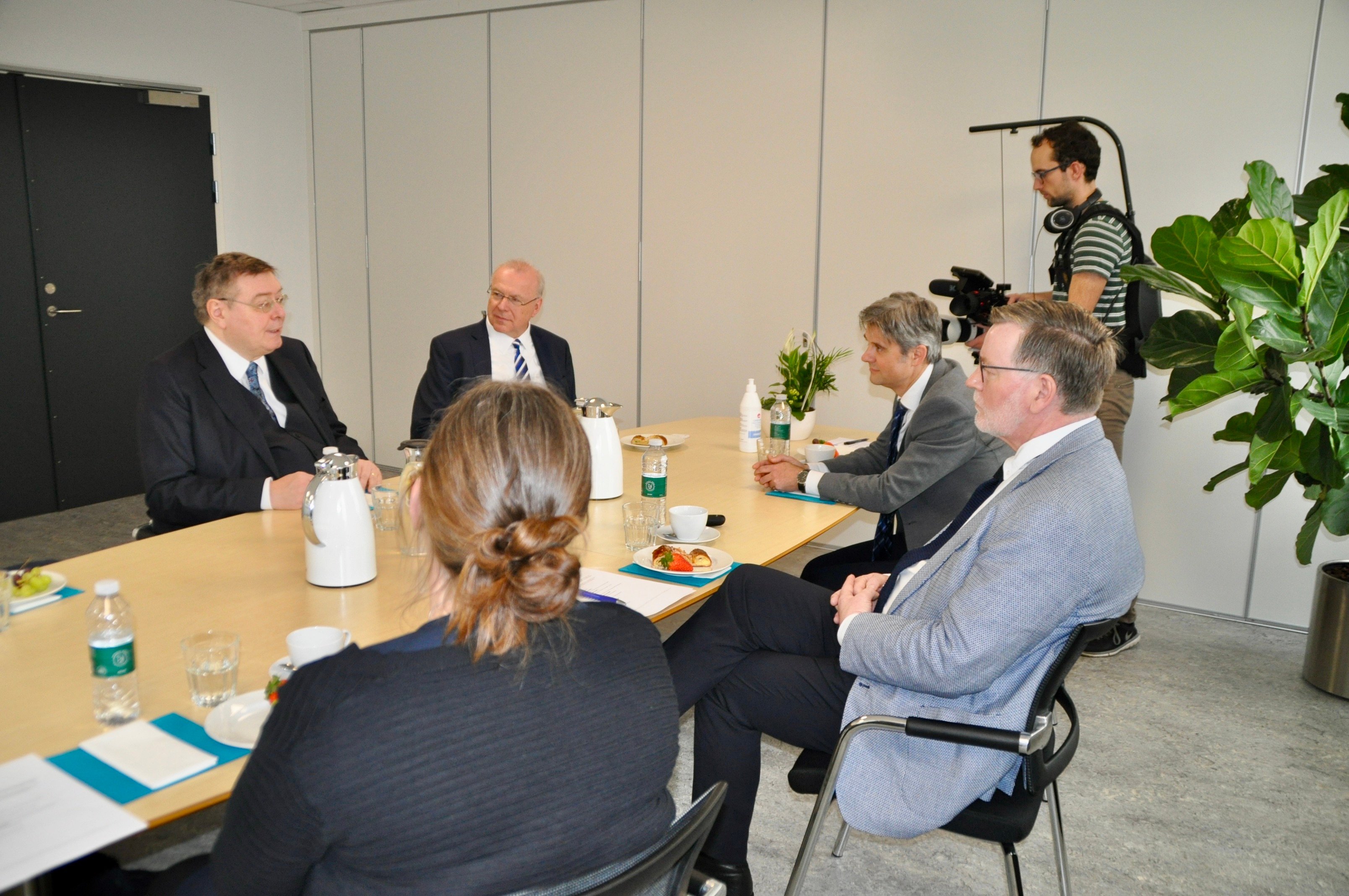 In relation to Ambassador Pascal Hector’s visit to World Translation, Ib Brandt Jørgensen says:
“It was an honour and a pleasure to welcome the German ambassador to our company. He was extremely interested in discussing the importance of language to the relationship between
international markets. This fuels our commitment to justifying the place of foreign languages in the Danish education system, in the business community and in the political debate.”
Ambassador Pascal Hector was in Aarhus on a two-day visit to mark his appointment. In addition to calling on World Translation, he also paid a visit to the ARoS and Moesgaard museums, to Aarhus University Hospital in Skejby and to BEUMER Group in the north of the city.

Professional DTP production with your translation = the icing on the cake

If you care about making sure your documents look professional and of a very high quality – if you want your text to sparkle – then you should seriously conside...

Green Instruments is an international company operating in the field of environmental technology and specialising in the areas of measurements, analysis and sec...

How do you train your new employees, so they are fully up to date with advanced systems and procedures? How do you give them insight into complex products and s...